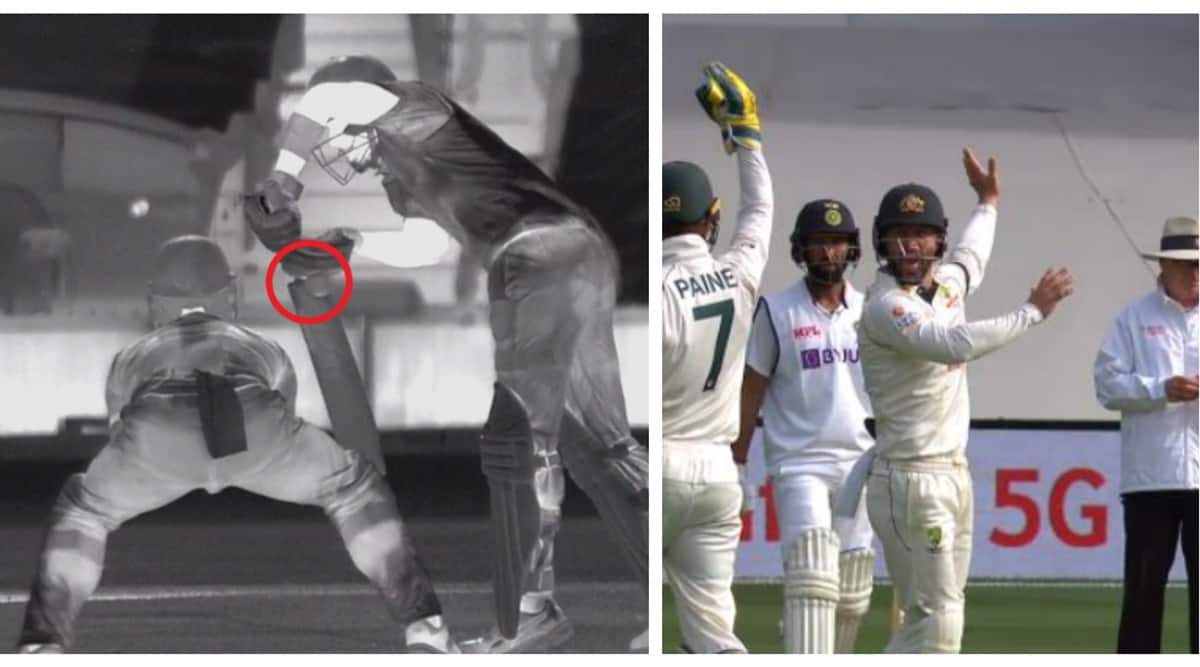 Virat Kohli gloved the ball, as replays confirmed, however Australia didn’t go for a Review. (Screenshots)

Virat Kohli was the benefactor of Australia captain Tim Paine’s reluctance to take Reviews in the course of the second session on Day 1 of the primary Test match between India and Australia on Thursday.

Is this a bit mark on Virat Kohli’s glove there? 🤔

Matthew Wade, at brief leg, confirmed most curiosity as the Australians went up in enchantment as the ball from Nathan Lyon kissed Kohli’s gloves on its manner by to wicketkeeper Tim Paine. Kohli was seen having a phrase with the fielders. Australia didn’t go for the DRS.

“There is certainly a white mark there, was it there previously, or has that come from rubbing on top of the blade?” Adam Gilchrist mentioned on Fox Cricket, as the replays began enjoying.

“Matt Wade was , the person beneath the helmet on the off-side was .

“What does Snicko say? There was a little wobble there, wasn’t there?”

The Aussies select to not overview this caught behind on Kohli

What do you assume?

“I just thought there was a sheepishness about Kohli’s initial look. He felt something I think. They can turn a game,” mentioned Kerry O’Keefe.

“I was a bit surprised they didn’t go up because remember you’ve got three DRS referrals allows in this series,” Harsha Bhogle added.

Paine’s reluctance to go for Reviews was alluded to a bit later within the commentary field as nicely, as Cheteshwar Pujara was caught out after a dogged 43. Pujara began to stroll again to the dressing earlier than the umpire had raised his finger, prompting the commentators to say Pujara had given it away by strolling early.