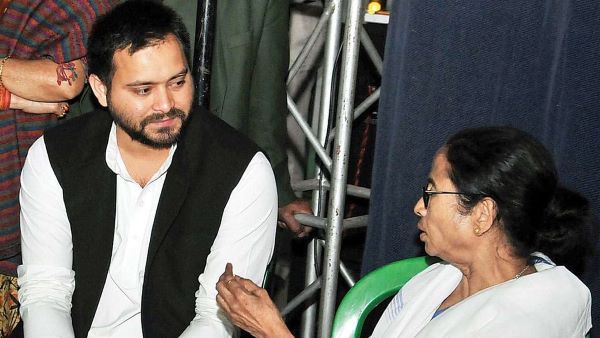 RJD chief Tejashwi Yadav met West Bengal Chief Minister Mamata Banerjee on the state secretariat on Monday, in a bid to forge unity amongst secular events in the upcoming meeting polls. Yadav appealed to the individuals from Bihar domiciled right here to vote for the ruling TMC.

He, nevertheless, kept away from responding to questions on if RJD will contest elections in alliance with the TMC, and stated that the upcoming polls shall be a struggle for saving “ideals and values”. “Our party’s stand is to provide full support to Mamata ji,” he stated.

“When we are fighting, it is brother Tejashwi who is also fighting, we are together,” she stated.

READ MORE: Opinion | Why is Mamata objecting to eight part ballot in Bengal?

‘I didn’t sit on Tagore’s chair but Nehru, Rajiv Gandhi did’:...