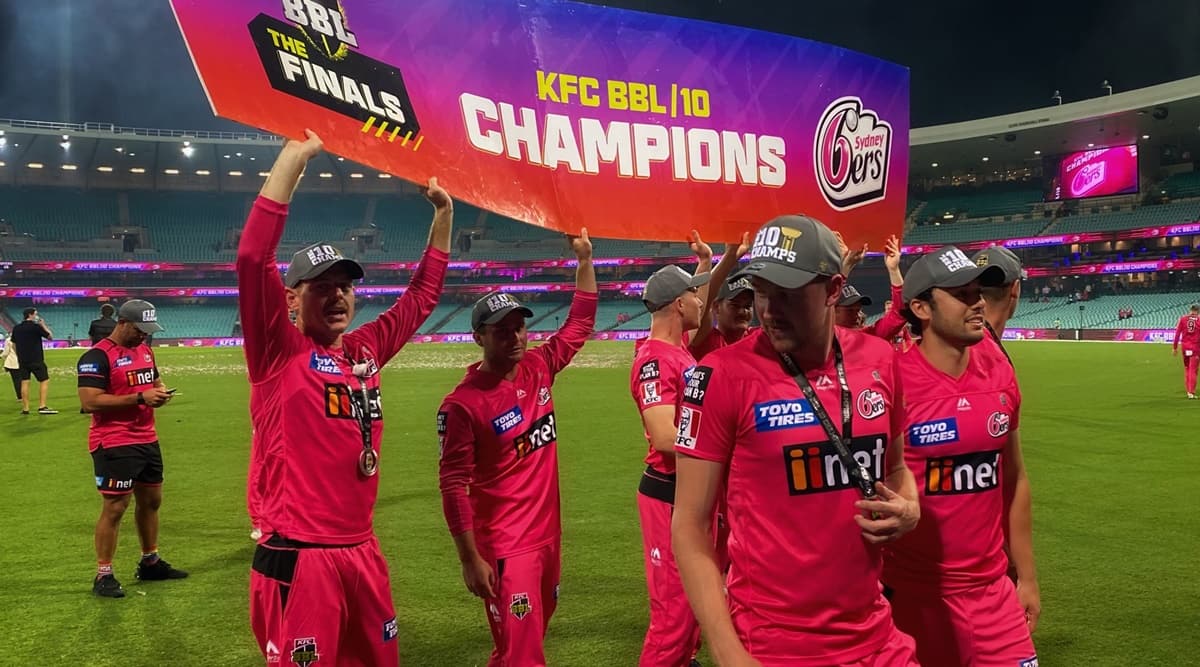 The Sydney Sixers sealed back-to-back Big Bash League (BBL) titles after beating the Perth Scorchers by 27 runs within the closing between the league’s two most profitable groups on the Sydney Cricket Ground on Saturday.

The Sixers, who had been enjoying at dwelling for the primary time within the event with a crowd of about 25,000 followers in attendance, are actually tied with the Scorchers with three titles every after 10 editions of the BBL.

“It was a pretty special atmosphere,” Sixers captain Moises Henriques mentioned. “We acquired used to enjoying in entrance of empty stands, so to return dwelling and play in entrance of this crowd was unbelievable. They gave us an additional leg.

“Put into bat by the Scorchers, Sixers’ opening batsman James Vince smashed 95 off 60 balls together with 10 boundaries and three sixes, organising his facet to complete on 188-6 after their 20 overs.

Having scored 98 not out in a profitable chase within the qualifier in opposition to the identical opponents, Vince narrowly missed out on a century when he tried to chop spinner Fawad Ahmed however produced a thick edge to search out Mitchell Marsh at backward level.

In response, the Scorchers began on the entrance foot with Cameron Bancroft (30) and Liam Livingstone (45) scoring at greater than 10 runs per over.

With stress climbing and 75 runs to get in six overs, Ben Dwarshuis struck twice when Vince first took a pointy diving catch within the covers to dismiss Marsh earlier than Josh Inglis sliced a shot to Henriques at mid off.

Aaron Hardie offered some late fireworks with 26 off 13 but it surely was too massive a mountain to climb as Dwarshuis had him caught for his third wicket, earlier than the tail enders fell cheaply and the Scorchers fell brief to complete on 161-9.

“Credit goes to Sydney,” Scorchers captain Ashton Turner mentioned. “They’ve been the best team in the competition for two years and they deserve the title.” I was not able to middle lot of deliveries, was trying...

Ben Stokes applies saliva on ball; spoken to by umpires