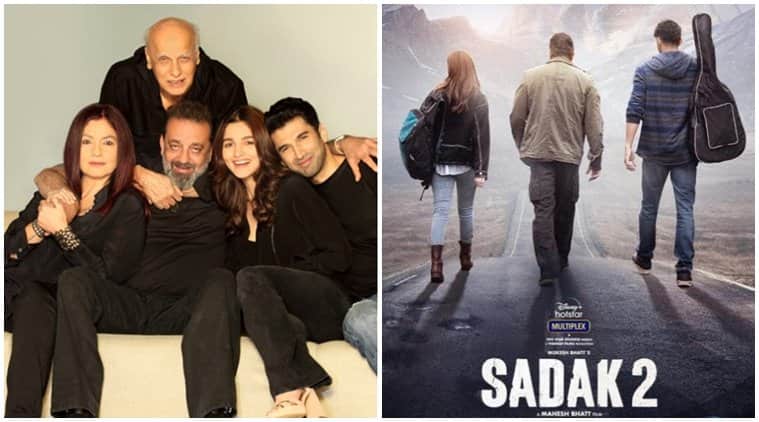 The makers of Sadak 2 on Thursday introduced the movie’s launch date. The film will start streaming on Disney+ Hotstar from August 28. Sadak 2 is a sequel to 1991 hit Sadak, which was directed by Mahesh Bhatt. He will return to helm the second installment within the franchise.

During the announcement of Sadak 2’s launch on Disney+ Hotstar, Alia had mentioned, “The journey of Sadak began with three people – Mahesh Bhatt, Pooja Bhatt and Sanjay Dutt. Aditya (Roy Kapur) and I are newbies in this Sadak universe. This film is way more than a film for me because this is homecoming in its true sense. The entire family has got together to make this film, and hence the emotions were at a different level altogether.”

The actor added, “It’s a continuation and not a recreation of the already existing Sadak. Ravi’s journey goes forward, and he meets two new people. Sadak 2 is the road to love and has different love stories. There’s also a thrill to it because Maharani was a very iconic villain of that time. Even this time, the villain is very different. It’ll be totally unexpected. Also, when I was a kid, I used to be so excited about the songs in my father’s films. I would dream about me featuring in his songs. That came true. Today, I can proudly say that I have become a small part of the Bhatt camp’s songs.”