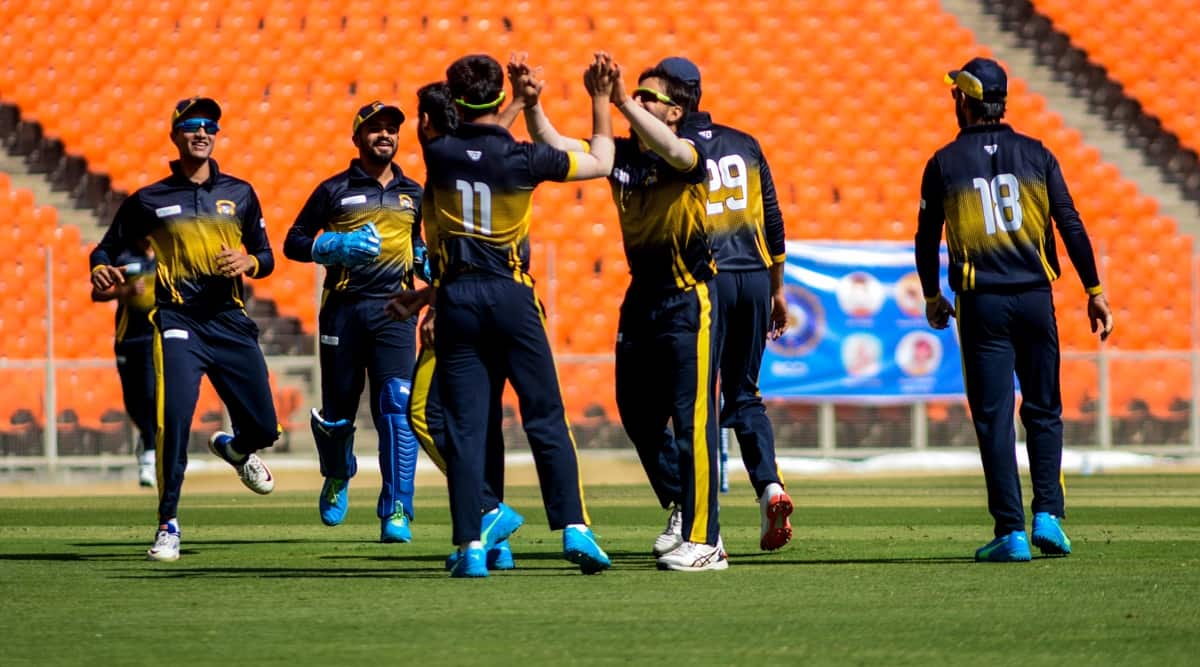 Punjab knocked defending champions Karnataka out from the Syed Mushtaq Ali Trophy as their bowlers arrange a snug nine-wicket win within the first quarter-final, on Tuesday. Punjab first dismissed Karnataka for meagre 87 after which overhauled the goal in 12.4 overs in what turned out to be a lopsided contest on the Sardar Patel stadium.

Pacers Siddharth Kaul (3/15) and Sandeep Sharma (2/17) ran by way of the Karnataka top-order after they had been despatched in to bat.

Karnataka was reeling at 26 for 3, after openers Karun Nair (12) and Devdutt Padikkal (11) fell cheaply.

Pavan Deshpande (0) was dismissed off his second ball, as Mayank Markande took a diving catch.

Kaul dismissed each Padikkal and Deshpande within the fourth over.

It quickly grew to become 26 for 4, as younger left-arm pacer Arshdeep Singh (2/16) dismissed B R Sharath (2), who was caught within the slip cordon.

All-rounder Shreyas Gopal (13), who has usually come to Karnataka’s rescue too couldn’t convert his begin as he edged to wicket-keeper Prabhsimran Singh off pacer Ramandeep Singh (2/22) as Karnataka misplaced its half facet for 51.

Ramandeep acquired his second wicket when he despatched again J Suchith (8) to depart Karnataka at 72 for six.

Leggie Mayank Markande (1/12) then acquired into the act as he cleaned up a well-set Anirudh Joshi (27). Punjab continued their dominance over their opposition and ran by way of their decrease order.

Punjab misplaced opener Abhishek Sharma (4) early however Prabhsimran Singh (49 not out off 37 balls) and Mandeep Singh (35 not out ) ensured that the chase was stroll within the park with their 85-run unbeaten stand for the second wicket.

Prabhsimran, who took on the listless Karnataka assault, fittingly completed the sport with a six.

Joining the dots: How RCB, Kohli got it right this season