Puri is a sleepy seaside town in eastern India and since time memorial has drawn to assures pilgrims, adventurers, and explorers. Puri is situated in the eastern state of Odissa. This city is the board of the Hindu God Vishnu.

Lord Vishnu is popularly known in Puri as Jagannath. Jagannath word means the lord of the universe.

Puri is also known as Shree Purushottam Dham, the board of Lord Vishnu on earth. Hindus believe in the whole three Bramha the creator, Shiva the destroyer and Vishnu the preserver. According to beliefs, Vishnu takes various avatars down the ages to protect humanity.

Lord Vishnu is also worshiped as Krishna Narayana. And in Puri, he is known as Lord Jagannath.

Situated along the four corners of our county. Puri along with Rameshwaram, Dwarka, and Badrinath makes a Chardham. Chardham makes the four wholly of the bords of Hindus.

The home of Lord Jagannath attracts thousands of people every year. These Dhams are wholly boards that are considered secret by the Hindus to visit once in their lifetime.

The idea of Yatra has a special significance in the whole city of Puri. Where the god themselves go on a journey each summer. This hugely popular event is called Jagannath Puri Rath Yatra 2019 or the Chariot Parade.

Lord Jagannath and the siblings Balbhadra and Subhadra travel a distance of about three Kilometers from their resident Jagannath temple to the neighboring Gundicha temple. Travel in three magnificent chariots.

Thousands of pilgrims travel from around the globe to catch a glim of the beloved god during the Jagannath Puri Rath Yatra 2019. In the hope of gaining nirvana and salvation.

Preparation Of Rath Yatra Or The Chariot Parade

Puri begins to prepare for the chariot parade more than two months before the event. The preparation gets a kick start with sourcing of wood from the nearby state of Tasapara.

Three towering chariots one each for Lord Jagannath his brother Balbhadra and his sister Subhadra are constructed. These chariots are constructed from wood and scratch every year.

There are no written instructions for the transmit instead all the knowledge is handed down orally from one generation to another. Incredibly, the constructions of these chariots are based on the centuries-old tradition of using hand spans to measure the wood.

When the Chariot Festival (Rath Yatra) about a month away, June becomes the most critical month for the Chariot (Rath) makers.

They are working under the blazing summer sun relentlessly to complete the magnificent structure of the Rath. Once the structure is ready, the height of each Chariot is about 40 feet high. This is roughly approx the height of a 4 story building.

The artists began first with the colossal wheels then comes the excel and then the rest of the body.

At least 42 wheels are required for all the chariots and their proportions are extremely important for it is the wheels that will ensure a smooth journey for the gods.

Three different teams, one for each Rath (chariots) race against the clock to finish the megastructures in time for the grand event.

One of the greatest attractions of Puri is the magnificent Jagannath Temple. This temple is built in the twelfth century in the honor of the Lord Jagannath.

It covers over 400000 square feet of land area. This temple has 45 surrounding walls of height about 22 feet.

The main structure rises to a height of 200 feet. It is almost as high as The famous Tajmahal. The main temple is surrounded by 30 smaller temples of fairing sizes. These temples are the houses of different gods of the Hindu pantheon.

It has a wheel right in the top and made of eight metals. This wheel is known as Nell chakra or the Blue wheel. The wheel symbolizes the primary weapon of the Lord Vishnu. This wheel is called the Sudarshan Chakra.

While serving an important practical purpose as it protects the highrise temple from thunderstorms.

Every day a flag is hosted on the wheel. A volunteer harnessed only by faith climbs us fear-free to change the flag nearly 200 feet above the ground.

The temple has always been an important pilgrim as a center down the ages. Pilgrim came from all across the country. They Travel by elephants, by camels, and by foot to the temple.

In fact any pilgrim before 1840 visits the temple then he has to pay a pilgrim tax. The Pilgrim Tax apparently introduced in the seventeenth century. It is the main source of revenue for the government of Odisha.

Entry To The Temple of Lord Jagannath Puri Rath Yatra

The entry to the temple is through is being through four massive intricately carved gates. These gates are generally known as the Lions Gate, the Elephant Gate, the Horse Gate, and the Tiger Gate.

Feast Served To The Lord Jagannath In Puri

In Hindu Mythology, there is a thinking that every day Lord Vishnu comes on the earth. Firstly he went to the Rameshwaram for bath, then Dwarika for dress up and then Puri for lunch. That is why in Puri Six meals are served by the priests to the god.

Puri is famous for his food. There is a mega kitchen in Puri which feeds almost 100 thousands of people every day.

The food is cooked in one of the largest kitchen temples in the world. It is about 100 feet long and 150 feet broad. It looks like a fortress on the outside.

The chief cook of the temple ensures that the preparation of every meal should be in his custody. The raw material for the meals is sourced by the nearby market every day.

Only vegetables are used for cooking meals for the Lord Jagannath Puri Rath Yatra 2019. Daily Lord Jagannath enjoys 56 varieties of food items, seems like a Lord who loves to feast. Over one thousand pots, 600 cooks and only the ancient technique of using wood goes into making special dishes for the god.

This food is prepared traditionally in a special burner called Chullha in the Hindi language. The height of this Chullha is approx 4 feet. And 9 to 12 pots are heated by this Chullha at a time and once the pots are used they broked.

And it truly feels like the place where the god feast. Reputed to be the largest kitchens in the world, there are about 600 cooks who prepare what is the Maha Prasadh. The food is first served to Lord Jagannath than to goddess Vimla after which it is deemed the MahaPrasadh.

Once upon a time, a king called Indradeuna ruled central India. He is a great devotee of Lord Vishnu and had a desire to see him. One day a traveling manducate came to visit the court and told him that Vishnu was worshipped in his truest form as Neel Madhav in Odisha.

The king immediately ordered the head priest brother Vidya Pati to head to Odisha in search of Neel Madhav.

He preceded Vishnu Vashu to show him the place of worship but the tribal chief refused. Vidya Pati continued to stay in the village.

Eventually, he fell in love with Vishnu Vashu’s daughter and in some time he got married to her.

Soon after the wedding Vidya Pati told his wife to convince his father in law for just one glim of Neel Madhav. On his daughter’s insistence, Vishnu Vashu finally agreed but on one condition.

Vidya Pati would be taken bling folded. But Vidya Pati managed to outsmart the tribal chief on his way he dropped mustard seeds to later track his way back with the king.

Upon reaching the secret cave once the blindfold was removed Vidya Pati was spellbound to see the most magnificent image of  Neel Madhav.

He rushed back to tell his king who has the desire to catch glims of his beloved god Neel Madhav God.

But later, when the king reached the cave with Vidya Pati he found it to be empty. Neel Madhav God diapers. The king was devastated. Where would destiny lead him next? Would Lord Vishnu ever appear to him again?

But he received a divine vision that he should go to Puri and jaw ashore a log of wood which would be floating on the waves.

The king obeyed and found a log floating on the shores of Puri, ecstatic!

When the was getting impossible to execute, Vishwakarma the artisan of the god appeared in the guys of an old carpenter. He convinces the king, that he could carve out the ideal on the condition.

And the condition is that no one should disturb him for 21 days and the king readily agreed.

After the fifteenth day, the Qween grew impatient and persuaded the king to open the door. There too is dismay, he saw that the carpenter had disappeared only to leave behind wooden images in their incomplete form.

It is believed that the same of these iconic wooden ideals is housed in the famous Jagannath temple in Puri or Jagannath Puri Rath Yatra 2019. 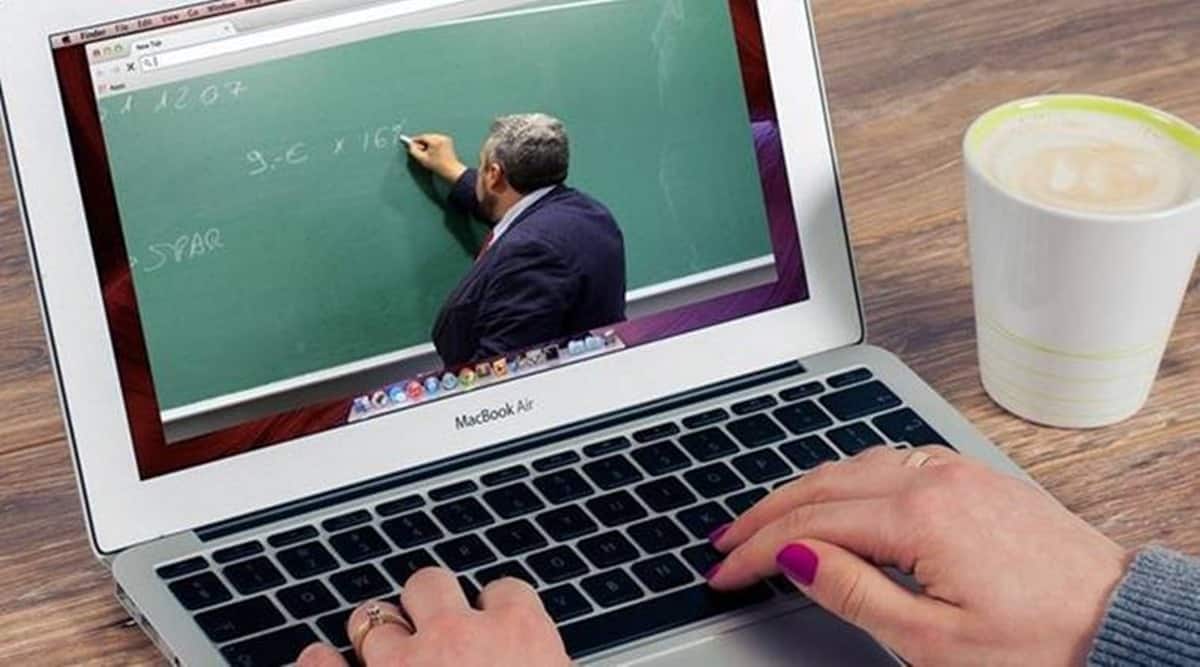 10,000 girls to benefit from ‘Girls4Tech’ programme in Jammu