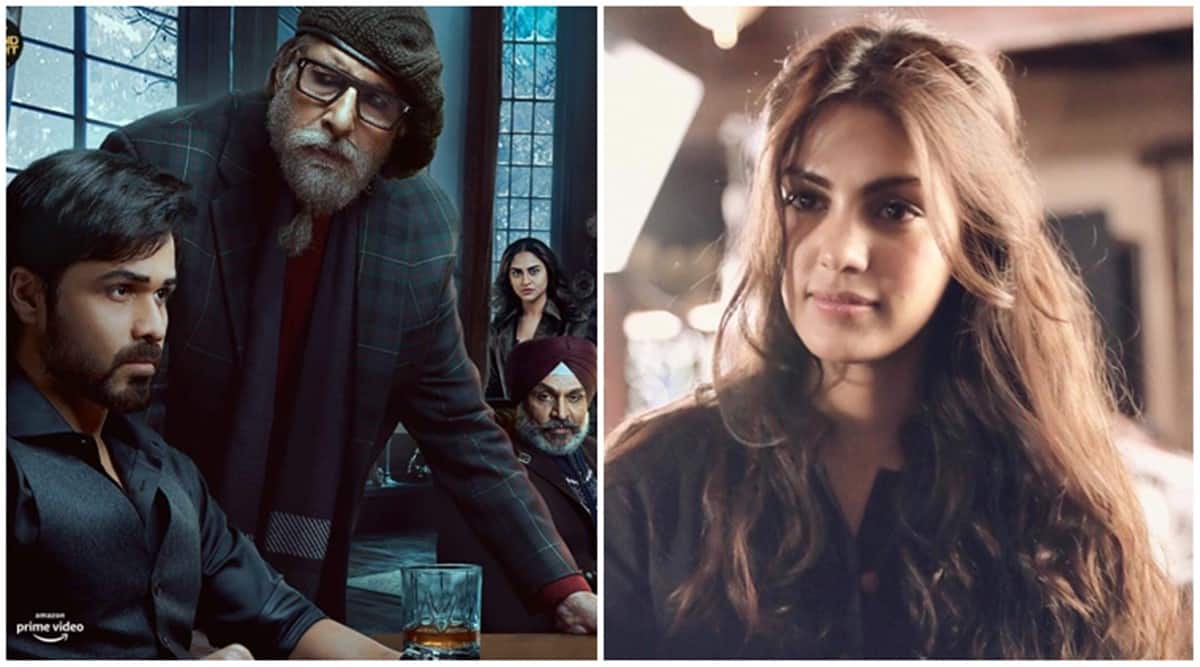 Megastar Amitabh Bachchan and Emraan Hashmi-starrer Chehre will arrive in cinema halls on April 30, virtually a 12 months after it was initially scheduled to release. Chehre was speculated to release in July 2020 however was delayed as a result of coronavirus-induced lockdown that compelled cinema halls to close.

Bachchan and remainder of the staff on Tuesday tweeted the release date of the mystery-thriller together with its new poster, that includes the the first forged members besides Rhea Chakraborty. Chehre makers selected to exclude Rhea Chakraborty not solely from the poster but additionally the official announcement be aware, regardless of the actor revealing her look from the movie virtually two years in the past.

Both Amitabh Bachchan and Emraan Hashmi tagged the remainder of the lead forged members besides Rhea Chakraborty of their social media posts in regards to the movie’s release date.

Chehre has been directed by Rumi Jafry, who has maintained he’s fairly near Rhea. In truth, after Rhea’s actor boyfriend Sushant Singh Rajput handed away final 12 months in June, Rumi had revealed he was speculated to direct a romantic movie with the real-life couple. Months later, in December, Rumi Jafry had even advised Spotboye that Rhea would make her comeback to motion pictures later this 12 months.

Within a month of Sushant’s demise, Rhea Chakraborty discovered herself in the course of a storm because the late actor’s household accused her of abetting his dying. The authorized case in opposition to her quickly took a political flip with nationwide businesses like Central Bureau of Investigation (CBI), Enforcement Directorate (ED) and Narcotics Control Bureau (NCB) investigating Sushant’s dying.

Rhea was taken into custody on September 8 by the NC in a medication case associated to Sushant’s dying. She was granted bail after practically a month in Byculla jail. The actor was additionally on the receiving finish of social media trial and constant on-line trolling.

Hollywood Rewind | Jerry Maguire: Had us at hello